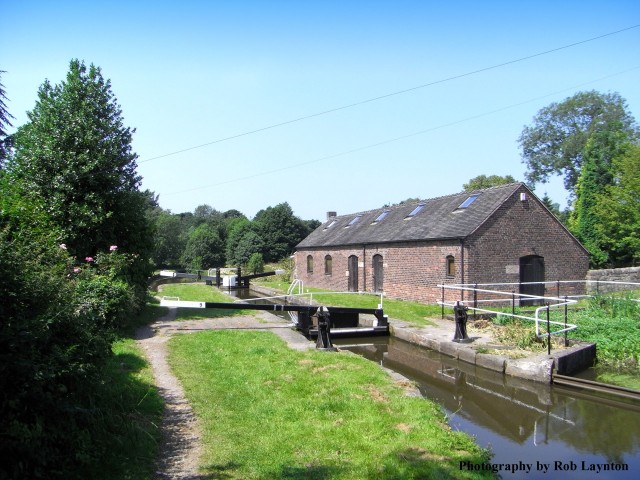 This work is licensed under a Creative Commons Attribution-NonCommercial 4.0 International License.

The canal system or system of inland waterways in the U.K. were developed as a means of transporting goods and materials when the state of the roads was poor. For example, Josiah Wedgwood used canals from his works at Etruria to transport his pottery with minimum breakages. Originally, the barges were pulled along by horses, hence there is a towpath that runs alongside the canal. With advent of railways and then motor vehicles, many canals fell into disuse until their revival from the mid twentieth century on as part of the leisure industry and boating holidays.

Canals of course, by their very nature, run along a level course. In order to deal with hills and valleys, a system of canal locks was used. Boats enter the lock, the lock gates are closed and then sluice gates are opened to to let water in or out of the lock to thus raise or lower the boat. The image shows a typical canal lock and maintenance building.